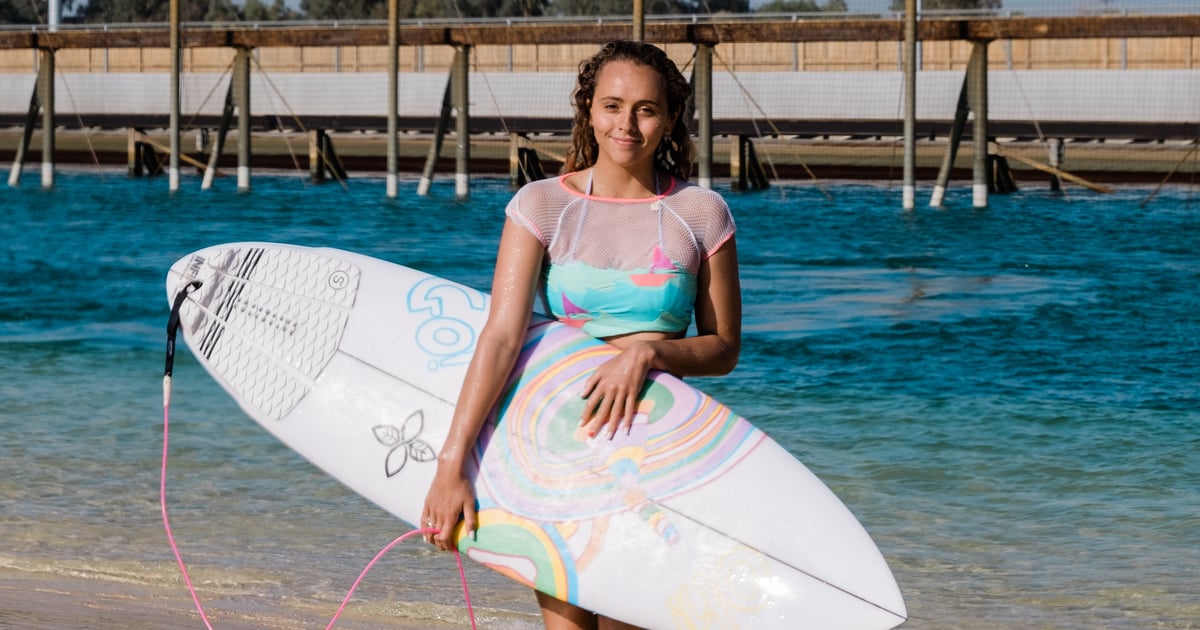 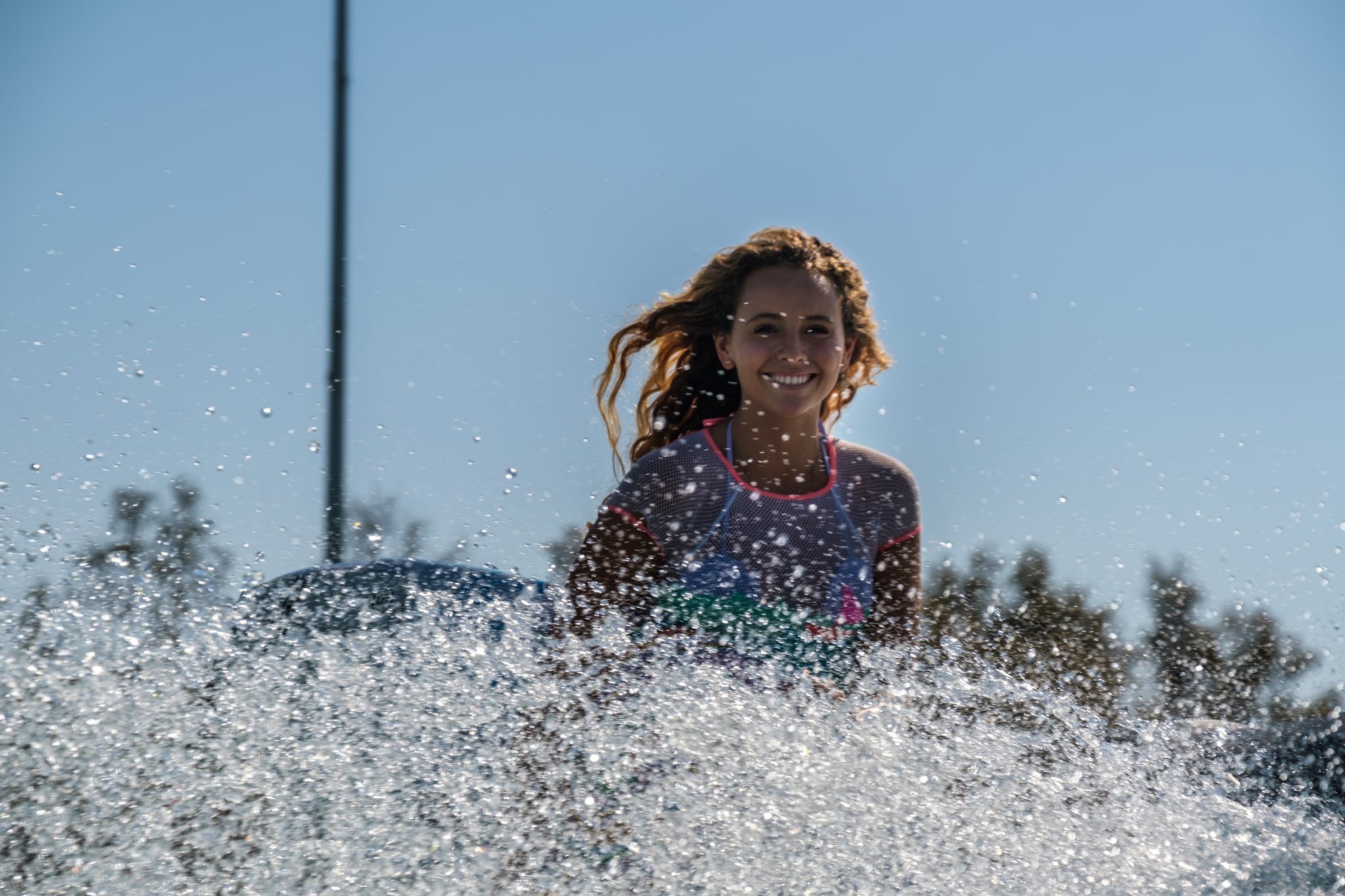 Malia Ward knows a thing or two about surfing: after all, she’s competed since she was 16 but basically grew up oceanside. Plus, surfing runs in her veins thanks to pro surfer father Chris Ward. In speaking with the 23-year-old The Ultimate Surfer cast member, I learned firsthand that she can make gliding through the water on a board sound like an absolute dream (I’m not so keen on being in the ocean, but even I was enticed by how Ward described it).

One of Ward’s favorite parts of surfing is getting barreled, or riding in the curl of a wave to the point where you are enclosed in a tunnel of water as the wave breaks, trying to seamlessly emerge on the other side. “Getting barreled and being inside a wave, it’s like a room that nature creates for itself and you get to be inside of it,” she said, adding that they aren’t as common as you’d think. “There’s barrels on land, too. There’s tree barrels. I’m sure you’ve gotten barreled before, like driving underneath trees.” When I told her I never would have thought of it in that way — experiencing this “barreled” feeling in my everyday life — Ward encouraged me to think differently about our surrounding world: “Tunnels of water, tunnels of trees . . . they’re everywhere!”

Ward mentioned that she loves the waiting game of anticipating a swelling wave, then the adrenaline rush of catching it on your board. And, those can’t-believe-it’s-not-a-postcard views seen while “being in the ocean when the sun is setting,” she said, are beautiful moments to witness. Surfing, she added, “has always been there for me, and it definitely helps replenish my mental health.”

Ward said a surfer needs a “good attitude” and style in the water, “being able to flow on the wave.” Confidence and perseverance also go hand in hand, she noted. The contestants on The Ultimate Surfer exhibit these qualities, as they battle it out at the Surf Ranch in Lemoore, CA, for a chance to win $100,000 and 2022 World Surf League Championship Tour wild card spots ultimately awarded to one man and one woman at the end of the competition. Increasing visibility of surfing is crucial, Ward said, and that’s what the Olympics this past summer as well as this show have achieved.

Ward graduated from USC in May and has other interests outside of surfing that include writing and DJing. She even has an adventure children’s book in the works. Besides that, she said she’s eyeing the WSL Tour, which she’s never competed on, and, “I’m just going to keep creating art and riding waves.”