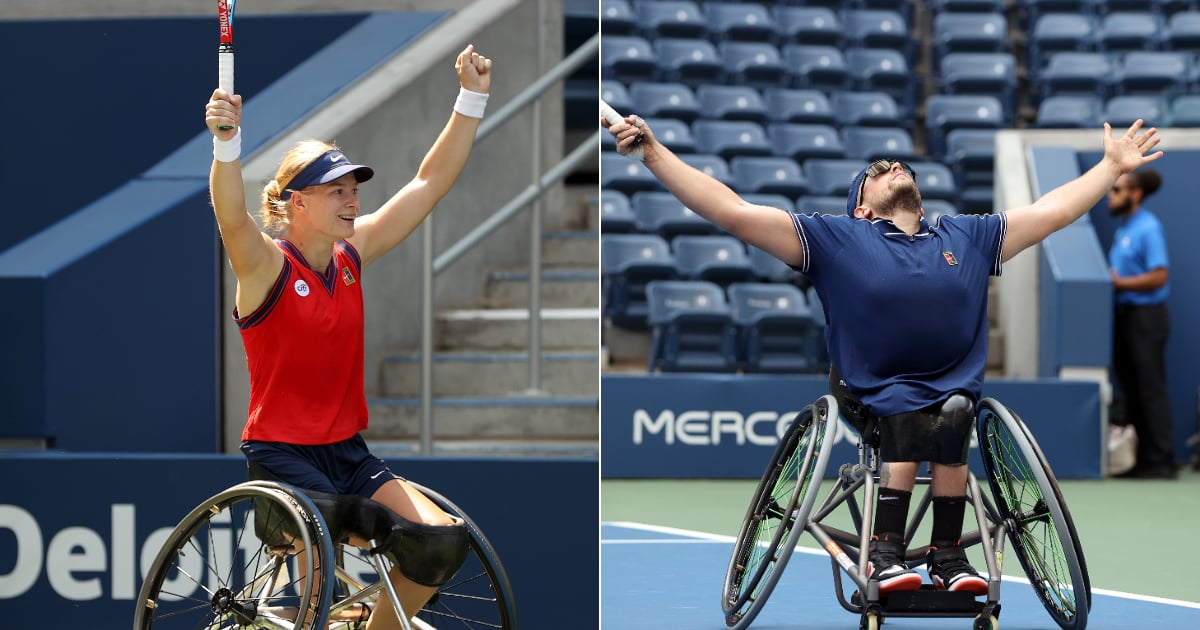 September 12 was a historic day for the tennis community when two top players achieved a feat that only one other competitor has ever claimed as their own. Diede de Groot, world No. 1, from the Netherlands won the 2021 US Open women’s singles wheelchair competition (6-3, 6-2) against Japan’s Yui Kamiji, world No. 2. Two hours later, Australian Dylan Alcott, ranked No. 1 in the world, took home the victory (7-5, 6-2) over world No. 4 Niels Vink, also from the Netherlands, in the quad competition. With their victories, de Groot and Alcott both completed a Golden Slam. The elusive achievement means that they won singles gold at the Tokyo Paralympics, plus all four majors in this calendar year, and they each made history as the first wheelchair tennis players to win Golden Slams.

Given the schedule of play, de Groot, 24, was able to achieve her Golden Slam ahead of Alcott, 30, technically making her the first wheelchair tennis player to win a Golden Slam. Alcott’s own victory is remarkable as well since this is the only time to date that any man across tennis disciplines has completed a Golden Slam — a loss at the Olympics for Serbia’s Novak Djokovic halted his calendar Golden Slam efforts. De Groot is the second woman across tennis to get a Golden Slam; Germany’s Steffi Graf won all four Grand Slams and the Olympics in women’s singles in 1988, and she stood alone in the Golden Slam record books until now.

During the trophy ceremony, de Groot, who has 12 major singles titles to her name after today, pointed out that she and Kamiji left the Tokyo Paralympics just around a week ago for the US Open tournament, a transition which she noted tournament organizers made easy for them. She thanked her team, tournament sponsors, and viewers, then stated, “It’s really important for us as wheelchair tennis players to get this kind of acknowledgement.”

Alcott, whose Grand Slam quad singles titles now total 15, had similar sentiments during his acceptance speech. “To all the sponsors, everybody that makes it happen, thank you for putting us on stadium courts, changing my life, changing Niels’s life, but hopefully changing the lives of millions of people with disability around the world, that they can see themselves on the big stage doing what they love.” He continued, “I used to hate myself so much. I hated my disability. I didn’t even want to be here anymore. And I found tennis, and it changed and saved my life, and now I’ve become the only male ever in any form of tennis, I think, to win the Golden Slam, which is pretty cool.” (As we noted earlier, he’s correct about that achievement.) Alcott added that he’s not sure if he’ll be back at the US Open and thanked everyone again for their support.

Ahead, you’ll find photos and footage from de Groot and Alcott’s golden, history-making performances at the 2021 US Open.