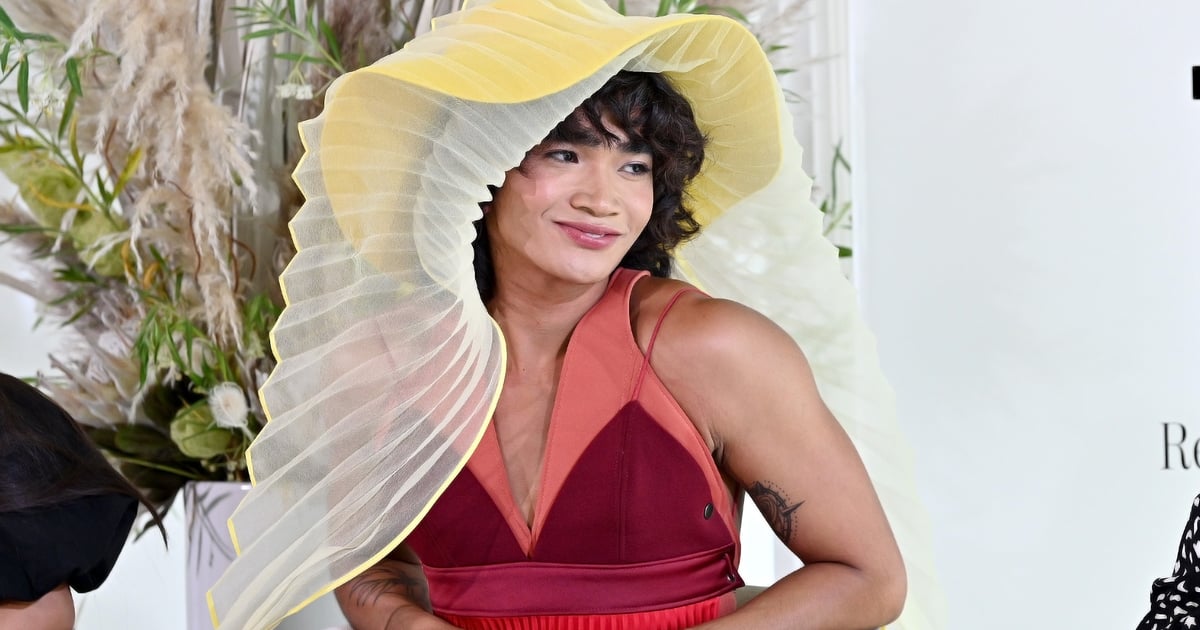 While most of us don’t think twice about things like going to the grocery store, for people living with social anxiety disorder, those little everyday things can become terrifying. Social media star Bretman Rock shares his experience with social anxiety and how he has learned to manage it. Then, an investment broker reveals how her social anxiety has affected so many areas of her life. And licensed therapist, Minaa B. offers tools to help whether you suffer from social anxiety yourself or are trying to help a loved one who might be struggling from it.

From his Hawaiian home, social media influencer Bretman Rock appeared on the sixth episode of Facebook Watch’s Peace of Mind with Taraji to speak about his struggles with social anxiety. Bretman has been an influencer for eight years as he reached social media stardom at just 15 years old. Having a career rooted in the spotlight of the public eye, the 23-year-old — who’s amassed a combined 50 million followers across his social media platforms — revealed to Taraji P. Henson and co-host Tracie Jade that he deals with social anxiety.

“Does it ever strike you as ironic that you’re a social media star dealing with social anxiety?” Taraji began after welcoming Bretman to the show. “Yeah, that is probably the most ironic part about my life. . .” Bretman said. He told Taraji that prior to gaining global attention he was much more self-confident. “. . . I gave less ish about like what anyone had to say about me when I was younger, because I grew up in such a gay island. Our license plate is a rainbow for God’s sake. . . And like. . . Mahus (third gender), or gay people, are not really teased and so I was always like nurtured with so much Aloha and love,” Bretman explained.

“. . . then he pulls out his phone. I started sweating like so much.” – Bretman Rock

Recalling his most recent anxiety attack, Bretman told the story of his recent trip to Walmart to buy soil. “I parked right next to this car and this guy just starts like looking excited. And I was like, oh my gosh, I feel so cute now. And then he pulls out his phone. I started sweating like so much. And it took me like three attempts to even get out of my car. I swear my legs were shaking.”

Taraji empathized, sharing about her recent move to a home that was “away from everybody” and how she’s comfortable staying in her home for days at a time. Bretman also moved to a secluded home in Hawaii. Their shared homebody bonding moment made Bretman “feel so good” as he knew he wasn’t alone in feeling comfortable staying home.

Later in the episode Bretman expressed the heightened anxiety that he felt with the uptick in violence against members of the APIA community and how that anxiety has also been difficult for him to process. Taraji and Tracie once again empathize with Bretman as they expressed feelings of being emotionally challenged by videos that are sent to them with “trigger warnings.”

Continuing the conversation, Bretman asked if Taraji and Tracie if they go to therapy. As both respond with a unified hand raise, Bretman describes his fears of potentially being judged if he seeks therapy. “I hate feeling judged even though that is literally my job every day is people judging me and I feel like it’s also very hard for me to look people in the eyes sometimes because of my social anxiety. . . And when I go to a therapist, I would love to be truly open and tell them everything and like not have to hide everything. And like I think it’s just hard for me to talk about my feelings, I think.”

Towards the end of the episode, Taraji asked Bretman if he believes that quitting the internet will help relieve his social anxiety. Bretman replied, “the times where I do try to leave the internet and try not to go on my phones. . . voices in my heads is like ‘you need this break’ and another voice is in my head is like ‘if you don’t post right now the world is gonna forget about you!'” We’re certain that if the singer, song writer, actor, actress, athlete, activist, scientist on the motherf*cking side, star of the crystal of the dayayayyayaayy, and coconut water connoisseur takes some time away from social media to focus on his mental health that he will not be forgotten. Check out the video above for the full interview.