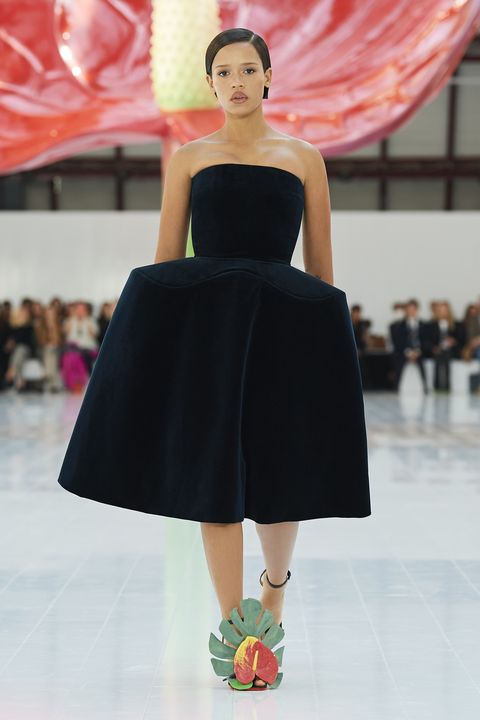 The internet was blessed with a preview of Loewe’s spring/summer 2023 collection last week via Zendaya’s Instagram, with the global phenom wearing a white column dress featuring a large anthurium bustier. She posed in the custom look, a spinoff of the runway version that debuted today, in her shower, naturally. Did she wear it outside? Was it just for the photo? Does it even matter? Creative director Jonathan Anderson asks what we really want out of our clothes—and fashion in general—with yet another electric collection of such creative resolve and tension that answers as many questions as it poses.

Similar to the last few seasons, the designer continued his exploration of surreal fashion for surreal times. The sparse show space in Paris was all white, save for a ginormous anthurium blossoming out of a hole in the ground. Models emerged wearing various sizes and shapes of the flower, “a product of nature that looks like an object of design, and treated as such,” according to a press release, whether as a breastplate, a bra, or molded around shoulders in dimension-defying frocks. Actress Taylor Russell of Bones And All, the movie on everyone’s mind after its electrifying Venice debut, opened the show in a strapless black velvet pannier dress with a single anthurium on her right foot. 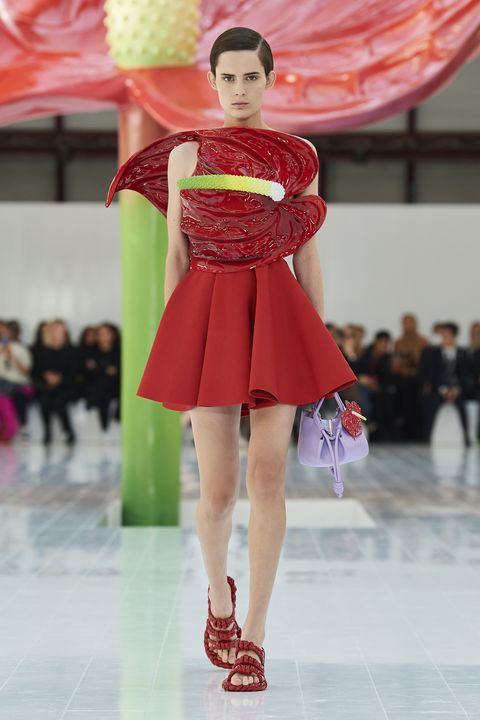 Elsewhere, the collection whittled dressing down to its very essence, then pushed it to new heights. Shoes were either crafted entirely out of deflated balloons, or made to look like inflated balloons encapsulating the foot. Ultra-short knit babydoll dresses in solid wools and striped knits, if they can even be called dresses, flounced alongside abbreviated hunting jackets with delicate resin floral tops underneath. Crewneck sweatshirt dresses featured cape sleeves that hung down to the floor, and a simple T-shirt neckline was exaggerated to cover models’ mouths. Draped minis in blue jersey and black dotted tulle had mountain ranges for necklines. The everyday and the mundane were closely examined under Anderson’s sartorial microscope. 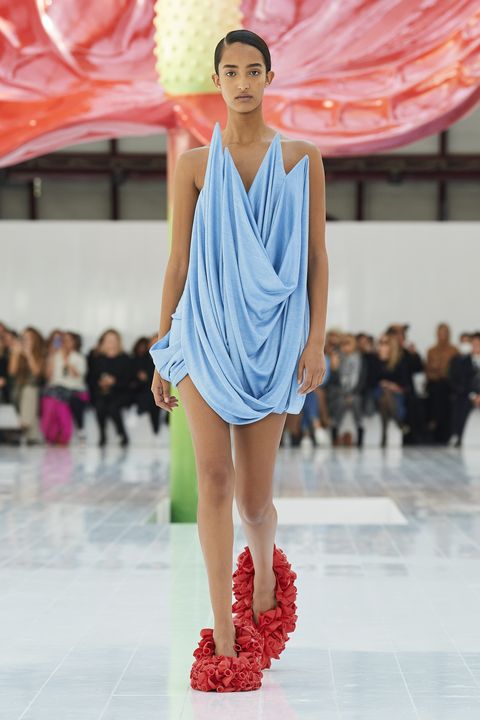 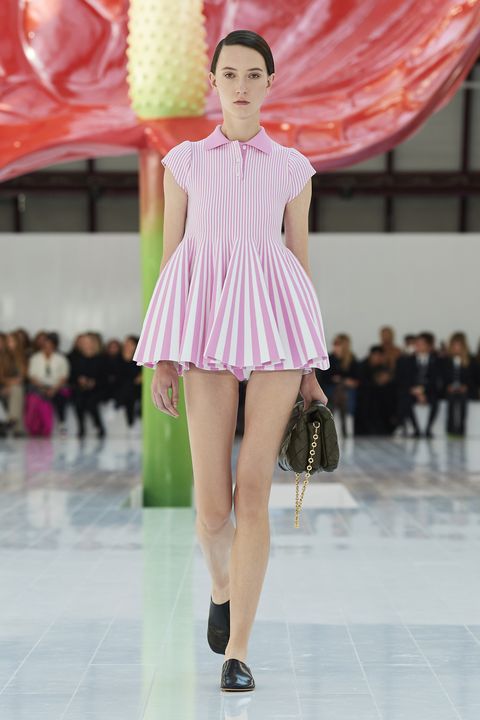 Two looks instantly sent Instagram into a flurry, one of confusion and awe. A simple tee outlined in graphic black “pixels” and faux-shadowed to appear frozen in motion, paired with khaki pants printed to look blurry and pixelated, appeared as if they came straight out of Minecraft. Trompe l’oeil for the 22nd century, perhaps. Proportion play has become a Loewe signature, and in recent collections has taken on new meaning as Anderson blurs the lines between real and fake, artifice and actuality. 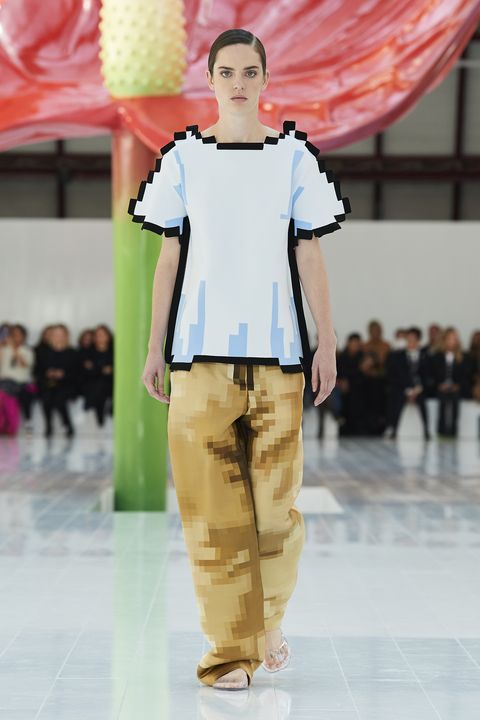 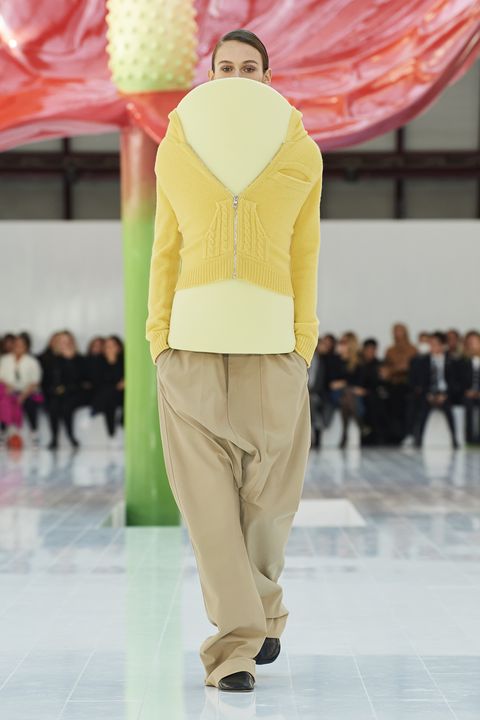 Anderson knows the world we live in is changing by the minute. Everything you see online is a copy of a copy of a copy, replicated ad infinitum and reduced to simulation in minutes. Through the noise, he is creating clothing that is aggressive, sure, but uncompromising in its beauty and craft. There is a silver lining of romance and classicism, one that grounds itself in a commitment to oddity and singularity in a world of fakes. These are clothes to take up space in, be consumed by, and, perhaps most importantly, consume in. A curious and open mind is the best accessory.

Kevin LeBlanc is the Fashion Associate at ELLE Magazine. He covers fashion news, trends, and anything to do with Robyn Rihanna Fenty.

ELLE’s 2022 Future of Beauty Awards
Rare Beauty Has a New Product That Will Be the Highlight of the Season
25 Days of Workouts: This Fitness Advent Calendar Keeps You Sweating All Season Long
Elliot Page’s New Memoir Is a Pivotal Win For the Trans Community: “It Didn’t Feel Possible”
Venus in Capricorn Is Pushing You Toward Commitment