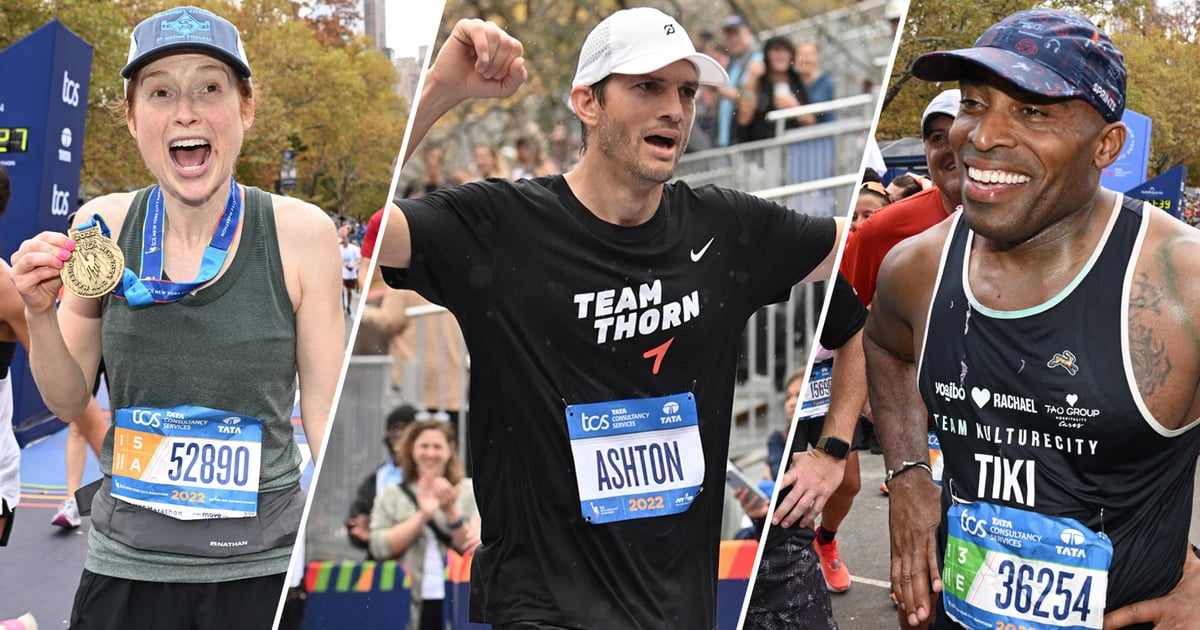 For many stars, the race was an opportunity to put their running and endurance skills to the test while also raising money for charity. Kutcher raised more than $1 million for Thorn, the nonprofit he cofounded with Demi Moore in 2012 to help prevent the exploitation of children. For celebrities like Schulman and former football player Tiki Barber — who returned for his eighth NYC Marathon — it was organizations like NYRR Team For Kids that had them strapping on their sneakers. Other celebrities supported charities such as Cancer Support Community, Boston Children’s Hospital, the Women’s Sports Foundation, and more.

While this year’s weather was unseasonably warm, several of the 50,000 runners broke records and secured new personal bests, including Sharon Lokedi, who won the women’s elite race with a time of 2:23:23. Evans Chebet took the men’s division with a time of 2:08:41. In the men’s wheelchair race, Marcel Hug took the lead at 1:25:26, while Susannah Scaroni won the women’s wheelchair race and shattered her own personal best when she crossed the finish line at 1:42:43.

If you’re looking to enter next year’s race, there are a few different ways to qualify for the marathon, which is held in honor of first responders, veterans, and their families. You can earn a bib as a time qualifier by running a certified marathon or half-marathon race faster than the times posted on the New York Road Runners’ website. Time qualifying standards vary based on gender and age.

As part of TCS’s 9+1 program, prospective runners can also run nine NYRR races and complete one volunteer opportunity before Dec. 31 to qualify for next year’s race. Runners can also participate by taking part in a drawing for nonguaranteed entries or by registering with an official NYRR charity partner or an International Tour Operator.

See the full lineup of celebrities who competed in this year’s marathon — including “The Bachelor“‘s Matt James and journalist TJ Holmes — and their final race times ahead.