Style Points is a weekly column about how fashion intersects with the wider world.

Even by fashion designer standards, Sander Lak is absurdly attuned to colors. Whether it’s the neon-soaked New York City in Taxi Driver (which he saw when he was way too young), or the jangly dissonance of Baskin Robbins’ hot pink and blue logo (“It’s such a horrible combination of two horrible colors, but somehow they work,”) or even the blue background on his iPhone’s weather app, color dominates his every waking moment. And he likes his shades as artificial as Splenda, thank you. “I gravitate toward them more than when I walk through a field of flowers, somehow,” he reflects. 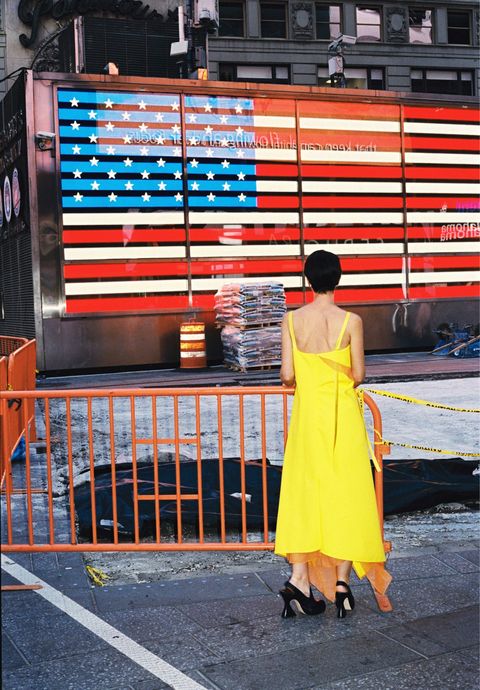 So it’s no surprise that he’d go on to create Sies Marjan, a fashion label beloved for its heightened hues. Some of the shades he concocted during its five-year tenure: Cookie Monster blue, Dunkin’ orange, Lakers Purple, and even McYellow. “The main ingredient of our meal was always color,” he says. He loved combining the most artificial shades with the most natural materials, and vice versa. “It was always about contradicting and playing with clichés and high and low and fake and real.”

The Colors of Sies Marjan 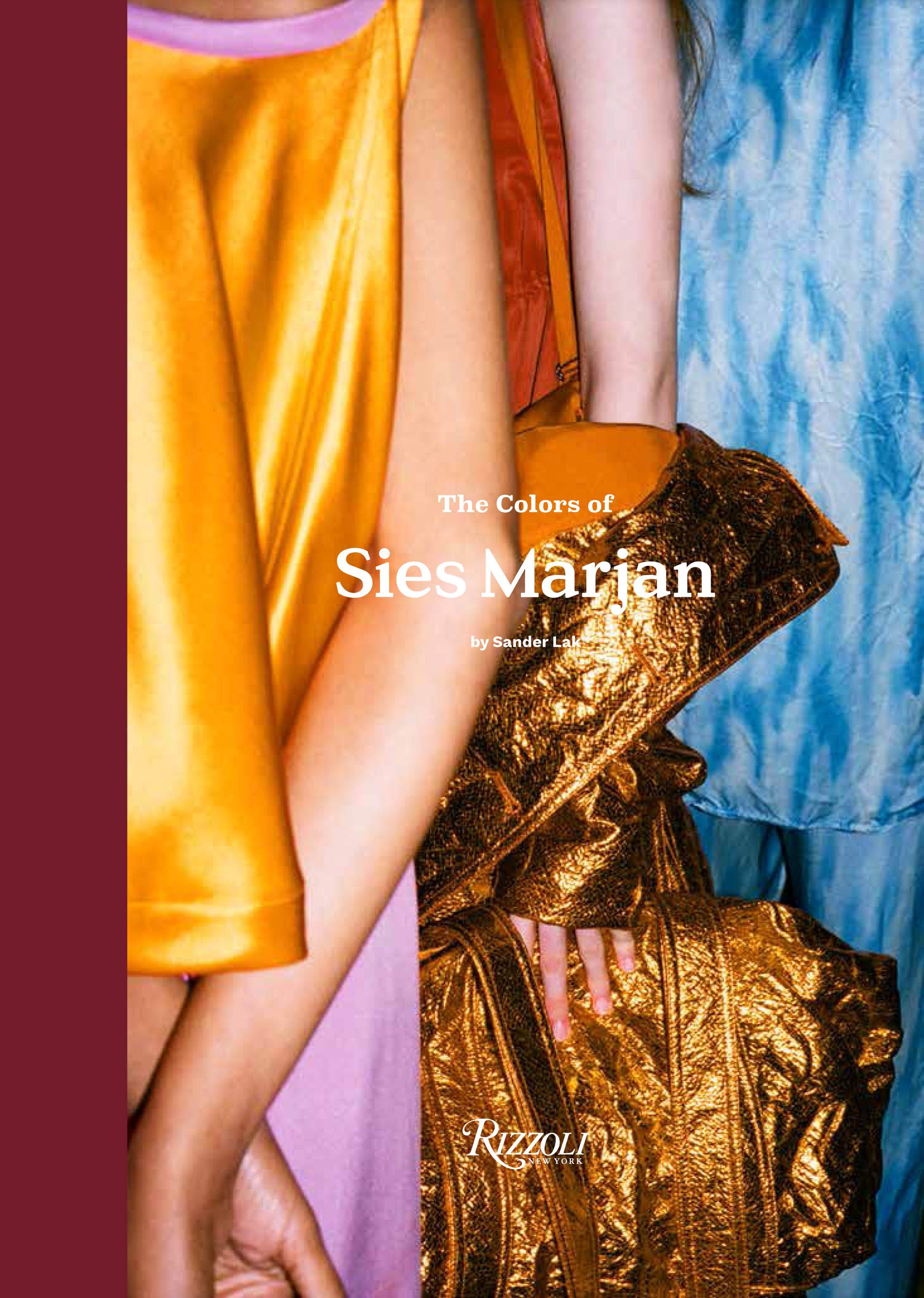 The Colors of Sies Marjan

After shuttering his brand during the pandemic, Lak has turned his attention to a Rizzoli book, The Colors of Sies Marjan, that serves as a sui generis retrospective of his brand. It’s organized not by chronology, but by color, with collection and mood board images sitting side by side with Alice Neel paintings, Thomas Ruff photos, and other inspirations—down to an open box of Dunkin’ Donuts. Pantone books, with their cascading rainbow of chips, were one of his inspirations on that front. He also found color to be a useful organizing principle when dealing with a digital avalanche of images. Even after only five years of existence, “the amount of things you shoot and content you create, it’s crazy. I had a million images on hard drives. I was going through it and everything felt emotional.” Lak found himself in a real kill-your-darlings situation, “fighting with myself over what is an important image and what isn’t.” Ultimately, he made things easier for himself by using his time-honored method: “I make a folder and I just put in pink things, and red things, and blue things. It becomes a strategic way of selecting images.” 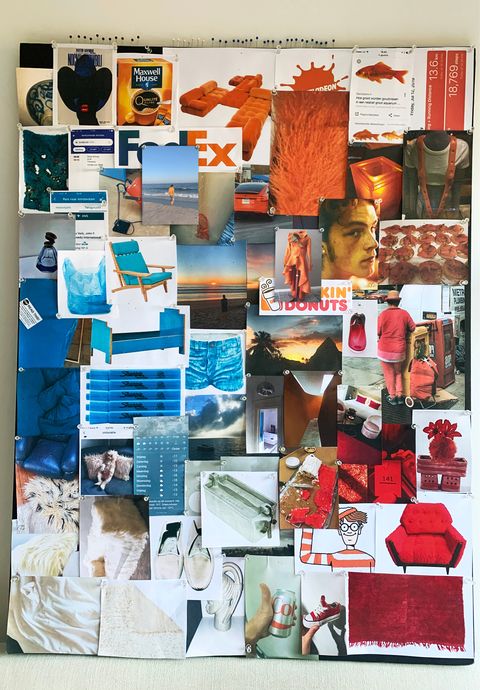 A color reference board made by Sander Lak.

He also enlisted some high-profile contributors, including novelist Donna Tartt and painter Elizabeth Peyton. (Tartt, it turns out, is an unexpected fan of Sies Marjan. She appreciates his penchant for what she’s called “colors so bright, they nearly broke my heart.”) Lak says of the reclusive author: “We’re like pen pals. We send each other long emails. She’s very sweet.” Though she’s become iconic for her neutral, menswear-centric wardrobe, Tartt has, in fact, worn some of his pieces. “Even though she doesn’t wear color as much,” Lak says, “she loved the way we did navy and the dark shades.” 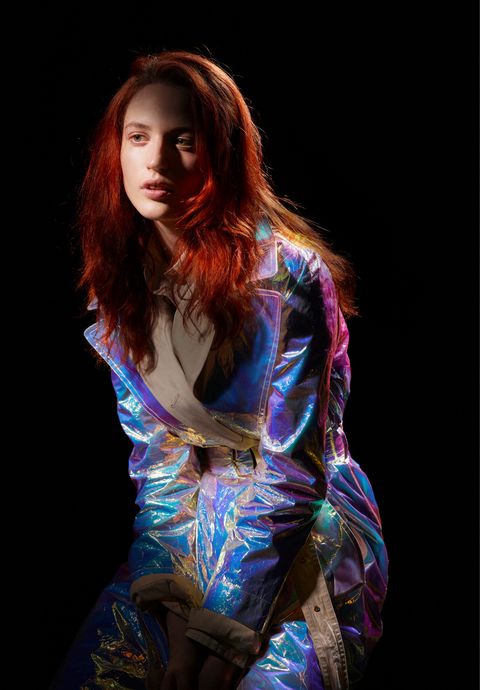 I ask Lak why he thinks his work connects with people in so many different fields outside of fashion. He thinks it’s probably due to the fact that “I never really planned to be in fashion,” originally aspiring to be a filmmaker or artist. “I wasn’t the kid who was dressing up dolls as a child. I was completely obsessed with other things. When creating Sies Marjan, it was very logical for me to look everywhere and not just within fashion.” He calls the book “a real testament to what the brand did for people and how people connected to it. Even though we were there for such a short time, people really believed in it.”

Like a beloved indie band, Sies Marjan still has avid fans waiting for a reunion tour. Lak hopes that the book will give the Sies stans a happy note to end on. “The initial reason for doing it was closure, for myself, for everyone involved in Sies Marjan, for all the fans, the customers. We closed in the middle of the pandemic, which was a very stressful, distracting time. It was not a time to stand still at the loss of a fashion house. It was the time to just figure out: what the hell are we going to do now?” He wanted to have something tangible to remember Sies Marjan by. “Everything is online and you can Google image search every single thing. But I feel like I wanted to have something that you could hold in your hands. I wanted to have something that’s more than a Google search. I wanted it to be something that I curated myself and [is] a celebration of what the brand was. In a way, it is a version of an American dream.” 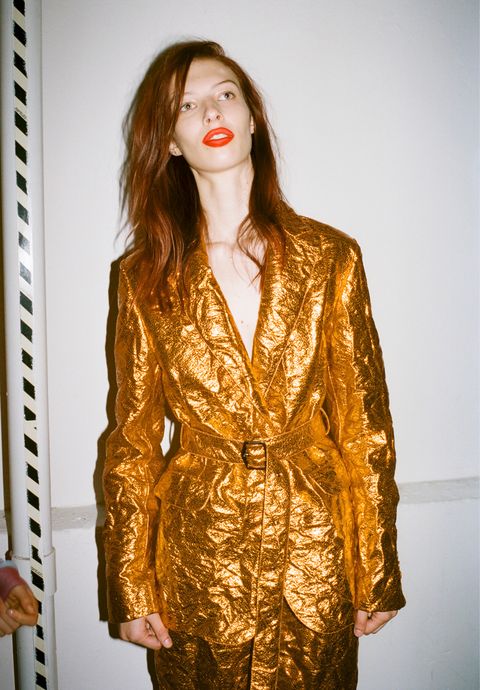 So, to echo his phrasing, what the hell is he going to do now? When I ask him if anything is brewing, he says, “It’s definitely brewing.” Completing the book has freed him up to think about his next move. (“It’s almost like when you break up with someone. If you’re still involved with the person you break up with, you can date everyone, but it won’t work out.”)

“When I got the book in my hands two weeks ago, the first actual copy, from that moment on I felt like: I can really close this chapter. I can look back at it with joy and love. There’s no pain, there’s no hurt, there’s nothing negative. It’s all good.

Véronique Hyland is ELLE’s fashion features director and the author of the book Dress Code. Her work has previously appeared in the New York Times, the New Yorker, W, New York magazine, Harper’s Bazaar, and Condé Nast Traveler.
This article was originally published by Elle.com. Read the original article here.
Share on Facebook
Share on Twitter
Share on Pinterest
Share on LinkedIn