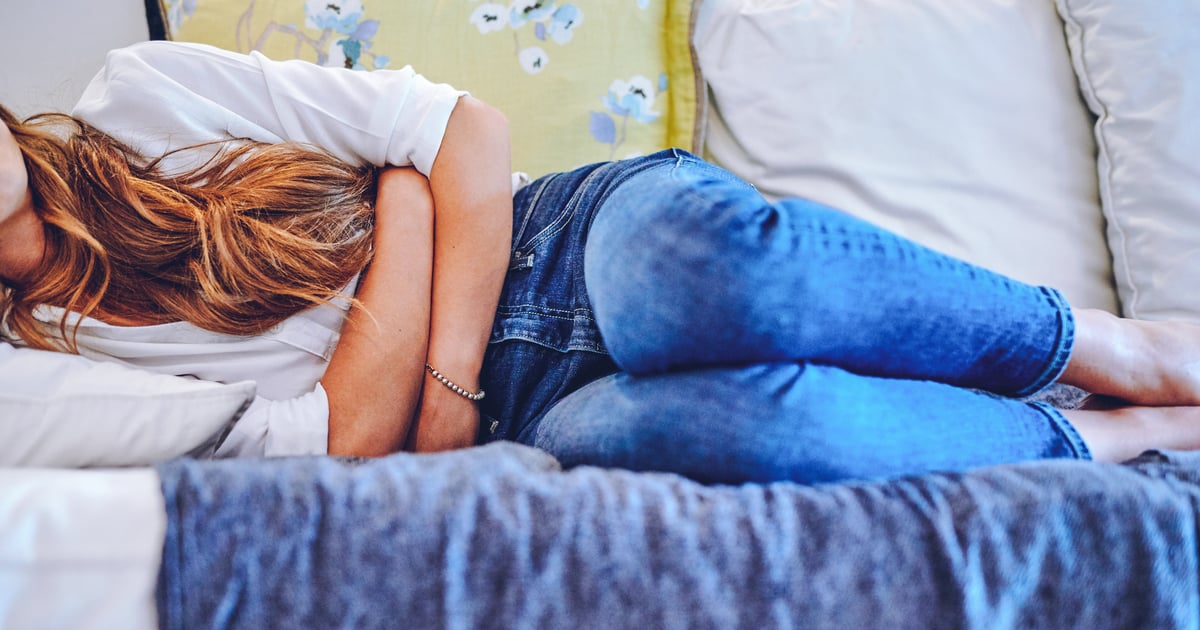 Getting your period once a month is bad enough, but bleeding more often than that? It’s unpleasant, to say the least. It could also sometimes be cause for concern, according to experts. Periods typically last for three to seven days and arrive roughly every 28 days. While the bleeding you experience during that time can vary — some people’s periods follow a start-and-stop pattern, for example, while others experience bleeding so light that it could pass as spotting — the time that passes between periods should remain relatively consistent. If you’re suddenly getting your period more than once a month, it could be a sign of an underlying condition. Here, doctors explain why you might be bleeding again, or experiencing spotting throughout the month.

What Causes Someone to Start Bleeding Again After Their Period?

First, it’s important to understand the difference between spotting and a period. Like the name implies, spotting is less blood than you’d see while menstruating. It’s actually fairly common and can be linked to pregnancy, ovulation, and even rough sex, explains Sherry Ross, MD, a board-certified ob-gyn. It can be confusing and frustrating to figure out if what you’re experiencing is spotting or irregular bleeding or both, she says — but generally, your period should be happening on a fairly regular schedule, and light bleeding that occurs between periods is typically classified as spotting.

While spotting is more common with pregnancy or ovulation, Dr. Ross says that it can also be caused by extreme weight changes and stress. The stress hormone cortisol can affect how the ovaries function, which may result in your period coming early or late, your periods being shorter or lighter, or even spotting between periods. There are also medications that can cause unusual bleeding, including hormonal birth control, which is known to cause spotting when you first start taking it.

Bleeding that is heavier and prolonged is most likely a period, especially if you can’t pinpoint a reason for why it might have happened. If you have periods fewer than 28 days apart, there’s almost certainly an underlying condition that needs to be treated, Kecia Gaither, MD, MPH, FACOG, a board-certified ob-gyn and maternal fetal medicine specialist, and director of Perinatal Services at NYC Health + Hospitals/Lincoln in the Bronx, NY, tells POPSUGAR.

Is It OK to Have Two Periods in One Month?

For the most part, this should raise a red flag, experts say — you really shouldn’t experience heavier bleeding more often than the standard menstrual cycle. Even light spotting between periods can be signs of a serious condition, which is why you should always discuss any irregular bleeding with your doctor. “With intermenstrual bleeding or spotting, there are a number of etiologies to consider,” Dr. Gaither explains. “They include vaginal infections, cervical polyps, uterine polyps, endometrial hyperplasia, endometrial cancer, pregnancy, hormonal imbalance, and use of hormonal contraceptives.”

Even if you only experience irregular bleeding or spotting once, flagging it to your doctor can help put your mind at ease. However, it’s especially important to make an appointment if you’re experiencing other symptoms, Dr. Ross says. These can include heart palpitations, feeling excessively hot or cold, insomnia, unexplained weight loss or gain, hair loss, breast tenderness, fatigue, pelvic pain, foul-smelling discharge, uterine cramping, lack of appetite, excess hair growth, and heavy bleeding with large blood clots (“grape- to apricot-size,” according to Dr. Ross).

“If you have any other symptoms in addition to persistent irregular periods, blood tests and a physical exam should be performed,” Dr. Ross tells POPSUGAR. You know your body better than anyone, so make sure you’re getting the answers you need.

How Much Does Orangetheory Cost? Here Are Membership Costs for 2023
Robert Pattinson Recalls “How Insidious” Fad Diets Can Be
The 2023 Met Gala Has Announced Its Co-Chairs
Hill House Home Is Here to Save Galentine’s Day
Lindsey Vonn Is Peak Luxury on the Slopes